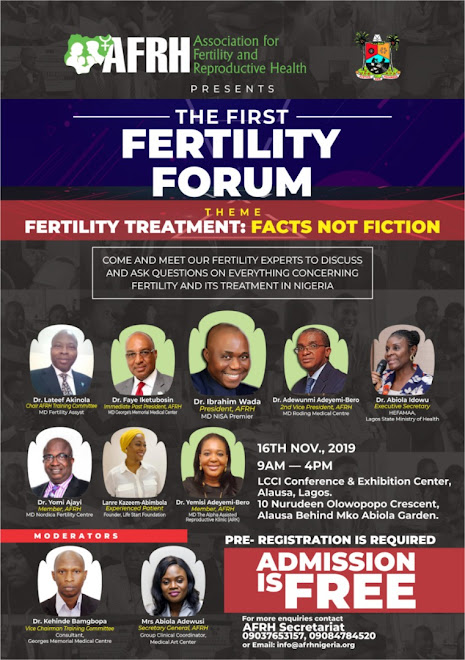 IVF OPTION AS SOLUTION TO INFERTILITY

We are increasingly seeing young couples these days with various problems of infertility and since we at the Bridge Clinic do not believe in the concept of unexplained infertility, we try as much as we could to assist couples achieve pregnancy using the Invitro Fertilisation (IVF) option and even using the ICSI to a large extent…”


This was the submission of the Medical Director, Bridge Clinic, Lagos, Dr. Richard Ajayi, during the Bridge Clinic IVF Lecture series for media practitioners last week.


According to Dr. Ajayi, a number of times when couples encounter practitioners who declare that the infertility


condition they are experiencing is "unexplainable," it is mostly untrue as there must be some explanations why


either of the couple is infertile.


"Those who are propagating that staph could eat up all the sperm in a man and cause him to be infertile, do not know what they are talking about . "But what we do know is that a high proportion of men with low sperm count have an abnormality of the tip of the Y-chromosome which is also referred to as Teratospermia or teratozoospermia.


"This is a condition characterised by the presence of sperm with abnormal morphology and nature has sort of programmed the low sperm count as a way to block the propagation of the abnormality to the next generation and the truth is that no drug has been scientifically proven to treat or can actually boost low sperm count once it is proven to be so," Ajayi noted.


He said, in a situation where the problem of infertility has been linked to the man's low sperm count, the most probable and best option is for the couple to try without delay, the option of IVF.


"Using the Intracytoplasmic sperm injection (ICSI) procedure, which is also an in vitro fertilisation procedure whereby a single sperm is taken from the man, injected directly into an egg for fertilisation, a man with low sperm count can still achieve pregnancy in his wife, explained Dr. Ajayi.


He identified some other common causes of infertility to include fibroid in women, Polycystic ovary syndrome (PCOS) which is one of the most common female endocrine disorders affecting approximately five per cent-10 per cent of women of reproductive age (12-45 years old) and is thought to be one of the leading causes of female subfertility blocked fallopian tubes among other causes.


He said for all of these problems and others, the important thing is for a couple to understand that there is an option to achieve pregnancy which is IVF, "though it does not guarantee pregnancy as only God gives life, it is an effort to create an enabling environment for conception and then allow God to do His work of giving the breath of life"


Also speaking at the lecture series, the clinic scientific director, renowned Dr. Peter Holland, who alongside Prof. R. G. Edwards and Edward Steptoe, pioneered the birth of Louise Brown - the first baby born through IVF, described as erroneous the believe that IVF is man's invention at playing God through creating life.


Holland, who is a reproductive medicine expert, noted that a woman has only five per cent chance of becoming pregnant every month provided there is no problem and this chance tends towards zero as she ages.


He described In vitro fertilisation (IVF) as a process by which egg cells are fertilised by sperm outside the body in a very conducive laboratory environment devoid of pollutants and irritants that can affect the quality of embryo being formed.

IVF is a major treatment in infertility cases among couples who have had continuous, regular and unprotected sex for upward of two years without achieving pregnancy.

Labels: ivf as solution to infertility 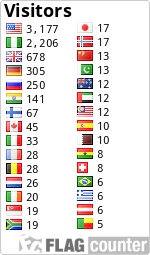