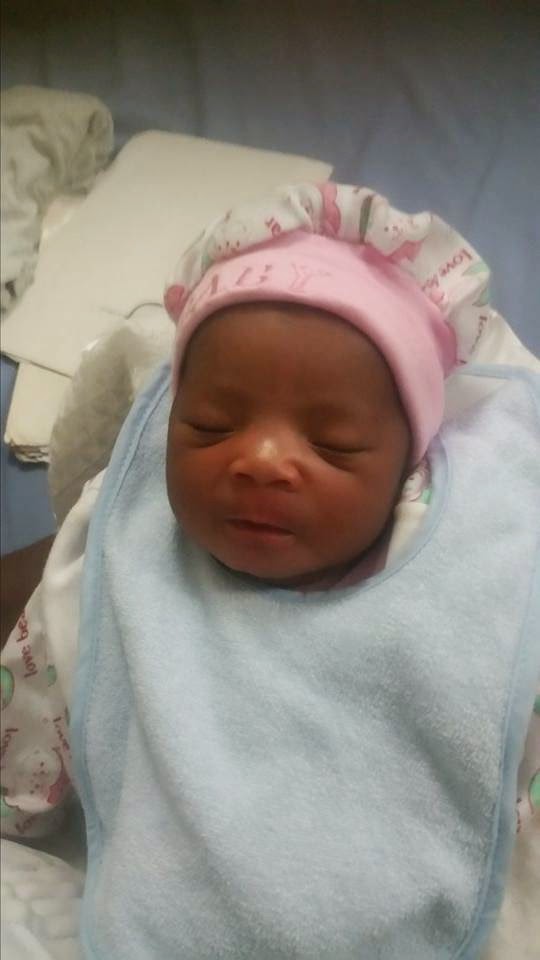 On Friday the 3rd of April 2015 in LIFE SPECIALIST HOSPITAL LTD Nnewi Anambra State a major medical breakthrough occurred. The South East of Nigeria took delivery of its FIRST SURROGATE IN-VITRO FERTILIZATION (IVF) BABY. This feat was achieved by a doctor who has achieved so much in this area over the past few years, Professor Joseph Ikechebelu. Facebook doctors spoke with him but before you read the interview, what is IN-VITRO FERTILIZATION INTRACYTOPLASMIC SPERM INJECTION (ICSI)
IN-VITRO FERTILIZATION (IVF) is a series of complex procedures and the most effective form of assisted reproductive technology (ART) used in the treatment of fertility and some genetic problems. It has offered hope and put smiles on the faces of couples who for reason or the other have not been able to achieve pregnancy and have a child of their own. fertility-image

IVF entails collecting/ harvesting mature eggs from the ovaries and fertilizing them in the laboratory using the sperm. When the egg and sperm fuse and form the embryo, it is then transferred to the uterus for implantation and growth into a baby (the so called test tube baby). The eggs and sperm can come from known or unknown donors, fused and transferred to a recipient (mother) who will then carry it to term and own the baby. Sometimes, a man whose partner can not carry a pregnancy but can produce eggs, can have the eggs harvested, fertilized by the partner’s sperm and transferred to another woman’s womb (surrogate mother), who will carry it to term, deliver the baby and hand it to the parents. One cycle of IVF can take about two weeks and can be time consuming,expensive, minimally invasive but it is worth the try. It can also produce twins or triplets (multiple pregnancy) of desired sexes. You are a candidate of IVF if you have the following:

a) Damaged or blocked fallopian tubes

Anambra state is proud to record the birth of the first surrogate baby girl, born on friday the 3rd of April 2015 at 6.35am at the fertility centre of LIFE SPECIALIST HOSPITAL Nnewi in Anambra state.

FBD: We are members of the team of Facebook doctors, an online health magazine or blog. We logged on to facebook yesterday and saw you in a picture with a newborn baby who you described as the first surrogate child from IVF in your clinic, so we decided to come and find out more about it and the IVF. Prof how did you get into IVF/fertility and why did you choose this area?

Prof: (laughs) Let me say that I actually chose fertility as a calling. Some people may have it as a place where they like to be but as for me, it is like a directive from God to move into fertility and help people achieve their life ambition of becoming pregnant and having a baby.

FBD: You must be very good at it because we have heard reports and when we got here we were like “is this the humble place where these things happen?”

FBD: It is something to celebrate really but what exactly is in-vitro fertilization?

Prof: IVF is a special reproductive technique for achieving a pregnancy where you harvest the egg from the woman and sperm from the partner and fuse the two in the laboratory, when the embryo is formed, you put it back in the womb to grow. In-vitro means outside the body, so it is a fertilization that is taking place outside the body but you have to return it into the womb for it to start growing.

FBD: And now we have a surrogate baby, that means somebody else carried the baby? PROF AND BABY Prof Ikechebelu and the new surrogate baby

Prof: (nods) Beautiful! In surrogacy as it is called, for one reason or the other the womb of the woman can not carry the pregnancy but she still has ovaries and can generate her own eggs. So in this particular woman we had, she has an absent uterus, a kind of malformation she was born with. But she has her ovaries and eggs, so all we did was harvest her eggs and the husband’s sperm, fertilize it in the laboratory. When it formed an embryo, we transferred it into a 3rd party, the surrogate mother.

FBD: How did you get the 3rd party?

Prof: The 3rd party is usually a person who is willing for a fee to give the service. All they need to do is write an agreement and carry the pregnancy, deliver and hand it over to the couple because the genetic material is from the couple. This is where you want to have a baby of your own…because when we talk about the levels of parenting or what makes a child your own, the genetic material must come from you. All you lack is the suitable environment to grow the embryo and that’s what is ‘hired’…we hired a womb to carry the pregnancy.

FBD: But in hiring a womb to carry the pregnancy, does it not affect the baby..I mean the environment where the embryo grows?

Prof: No! Usually once there is fertilization and the embryo is formed, every genetic material it needs to grow is there, all you need is the environment. It is just like taking a newborn baby whose mother died after childbirth and give it to a foster parent for them to bring him up.

FBD: That brings me to ethics and genetic engineering and mutation. What is your take on this?

Prof: Genetic engineering…yes, it’s in progress now and they are even talking about cloning, These are all new technologies and fal louts of IVF.

FBD: Is it right or wrong? What do you think about it?

Prof: Mmmm…aah..The question whether it is right or wrong is relative. Why I said that is this; If it is used for the purpose of advancing knowledge and science, it is right. But if it is used negatively to kill or produce a technology that destroys life, then it is wrong. BABY1 The New Surrogate Baby

FBD: How far has IVF gone in helping those in the conditions you mentioned?

Prof: That’s a very good question. I will say that IVF is a God-given procedure and has helped so many couples who for one reason or the other cannot have a child. Some people because their fallopian tubes are blocked, they live a life of condemnation, some people because of a surgery they did that destroyed some parts of their reproductive system, it is not a fault of theirs. Some men whose spermatic cord are mistakingly tied for instance, during herniorrhaphy but still have sperm in their testes, are some of those cases that IVF has provided an answer to. The sperm or eggs in these cases can be harvested and used to achieve pregnancy and the couples will be satisfied. Remember that marriage in an African setting is for child bearing. No matter how much love they confess to each other other, once a child is not there, the love vanishes. (general laughter).

FBD: So sir, what are the dangers associated with IVF?

Prof: The dangers are minimal I will say but the one we really know of is hyperstimulation syndrome. During the process of trying to get the eggs, if you overstimulate the ovaries, they can develop hyperstimulation syndrome and if it is severe, can lead to death. But every doctor who is using this technology knows how to avoid that, using proper precautions. Once the syndrome is not there, you can do IVF as many times as it is possible.

FBD: How far has IVF spread in Nigeria? Is it something we have cottoned on to?

Prof: IVF is all over the country and has come to stay, the challenge is that it is still very expensive. In developed countries, people have health insurance and can take care of about 6 cycles of IVF, but in Nigeria, people pay from their pockets. PROF1 Professor Joseph Ikechebelu MD Life Specialist Hospital Nnewi

Prof: Because our health insurance scheme is still very young, so they start by covering those basic ailments that affect more people- the masses. Fertility affects just about 2-3% of the general population.

FBD: What is your advice to people out there who have fertility problems?

Prof: Well my advice is if you want to have a child of your own when natural conception is impossible, IVF provides a solution to that so once you can afford the money, go for it.

FBD: Are you also advising people all over the country who need IVF to come down to Nnewi?

Prof: There are many fertility centres all over the country where IVF is done, but if you feel that what we are doing is good enough for you and you have faith, why not? I always tell people to have some faith in whatever they do. This is science but we still need to have some faith.

FBD: I was going to ask what it is with doctors and faith because everywhere you go, you hear them saying something like In God we trust….We treat but God heals…

Prof: (smiles) Yes, faith is important because we still have some limitations in IVF. There are some certain areas that are not within our control for instance, the preparation, harvesting of the eggs and the fertilization can be controlled, we can put it in the incubator, we can even do intracytoplasmic sperm injection (ICSI) where we can select a single sperm cell and inject it into an egg…yes we can do all that but once the embryo is formed, check it, select it and put it inside the womb, at that stage of what we call embryo-endometrial cross stuck, from there, we have no other control and that is where we apply faith to get it to implant. We however, know that there are things that can be done to increase the rate of implantation but they are still under research. That is also the stage where most IVF procedures fail.

FBD: Alright prof, thanks for granting us an audience, we are most grateful.

FBD: uhm…, we also wish to talk to the surrogate mother and the biological mother of the baby, is it possible?

Prof: Oh well, it is possible and i have spoken to them earlier about it but high level of confidentiality should be maintained in this case…you understand?…